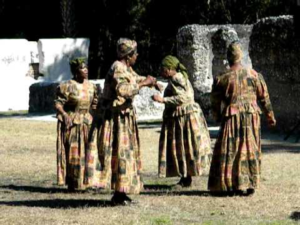 “Throughout the history of black music in the United States, it has been through the repetition and revision of texts, through the interplay of black language and black music in a long chain of Signifyin(g) tropes, that African-American peasants became and continue to be poets in a land that initially denied them the right to be called artists of any stripe.  …. “repeaters and revisers of the musical derivatives of the ring.”

Call and response forms (see the blog piece on The Group Nature of Toni Morrison’s Novels) evolved from the  “ring shouts” derived from West African ritual practices.  Everyone in the ring participates, calling back to the song, commenting on the song, repeating portions of the song with verbal or non-verbal soundings.   Through the ring, “the spiritual had its most dramatic use,”  and even though physical ring formations began to disappear “when the shout moved indoors, . . . . dancing, singing, drumming and verbal shouting were altered to fit the new circumstance” (Floyd).

In other words, talking back to another composition.  And there are several key concepts developed by critics to describe this practice. Troping and Signifyin(g) are two key vernacular practices that Henry Louis Gates, Jr. delineates in his work,  The Signifying Monkey: A Theory of African American Literary Creation. And Samuel Floyd, Jr.  describes signifying in music as “troping” as well: the transformation of preexisting musical material by trifling with it, teasing it, of censuring it.  Musical signifying is “the rhetorical use of preexisting material as a means of demonstrating respect for or poking fun at a musical style, process, or practice, through parody, pastiche, implication, indirection, humor, tone play or word play….” (45)

“Bird” or “Birdman” as Charlie Parker was known, made the art of signifyin(g), quoting, troping—whatever you wish to call this practice—a signatory practice in the Be-Bop era of the 1930’s-40’s.  Here are some descriptions of his style from Grove online:

“By restricting himself to a few harmonic sources, Parker was able to improvise over a few familiar patterns, against which he constantly tested his ingenuity and powers of imagination. A number of Parker’s newly composed melodic themes (based on existing harmonic and metric structures) themselves became jazz standards, among them Anthropology (1950, Sonnet; based on the chord progressions of George Gershwin’s I got rhythm.” 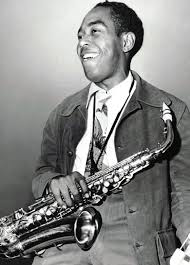 “Probably no jazz musician before [Charlie Parker] was as fond of the device of quotation, or as wide-ranging in his choice of material, as Parker, particularly in private performances in a relaxed atmosphere. His improvisations contain snatches of melody from popular songs and light classics; from earlier jazz performances such as Armstrong’s West End Blues; from his own jazz compositions; and even quotations from Wagner, Bizet and Stravinsky. He retained this device throughout his career, and it is another measure of his  authority in jazz that witty quotations became characteristic of the bop style as a whole.”

What do you hear in Parker’s version of this tune?  In what specific ways is he “talking back”? 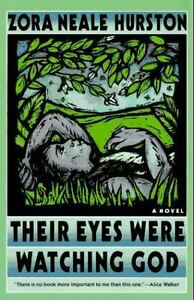 There are correspondences to images or events within the African American literary tradition that broaden the reader’s engagement with Morrison’s novels, such as what could be understood as a doubled allusion near the end of Jazz as Violet and Joe dream of the “Baltimore ships they never took” to Frederick Douglass’ famous apostrophe to the ships in Baltimore harbor (“O! You are free. . .”) in his Narrative and to the opening line of Zora Neal Hurston’sTheir Eyes Were Watching God about “ships at a distance” having every man’s wish on board.

At the Toni Morrison Society Biennial Conference held in Lorain, Ohio in 2000, Dr. Nellie McKay, Professor and Chair of African American Studies for may years as the University of Wisconsin, bemoaned, in a double-voiced kind of way, that “Toni Morrison has read everything”  What do you find in her fiction that reminds you of something particular in other African American literary texts (includes autobiography, poetry, drama, fiction, etc)?  Pick out an example and talk about how Morrison is signifyn(g) on this other African American text.

And now for some intertextual fun:the next blog is on Morrison and Aeschylus—two great trilogies: Talking Back to Aeschylus.

And the one after that–Morrison’s novel Jazz and James Joyce’s Ulysses. (Hint: ‘yes I said yes I mean yes’):  “Human, All Too Human”: