“I didn't plan on either children or writing. Once I realized that writing satisfied me in some enormous way, I had to make adjustments. The writing was always marginal in terms of time when the children were small. But it was major in terms of my head. I always thought that women could do a lot of things. All the women I knew did nine or ten things at one time. I wouldn't say it's not hard, but why wouldn't it be? All important things are hard.”  --Toni Morrison 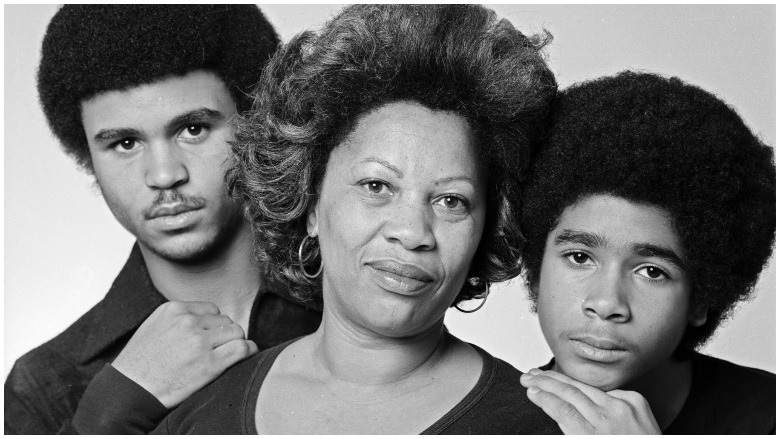 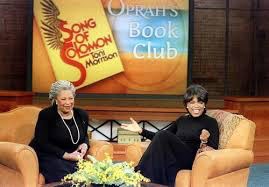 To write about the life and legacy of Toni Morrison here is no easy feat; already excellent biographical materials exist, and the writings about her legacy just keep coming and coming.  So I'll begin with an anecdote, and then make my best attempt to do justice to this amazing human being for you, the readers of Voice Upon Voice.

In February of the year 2000, The Toni Morrison Society celebrated Morrison’s 70th birthday at a huge shindig at the New York Public Library. There was jazz music,  dancing (Ms. Morrison with Amiri Baraka!) and an enormous, colorful cake shaped and decorated like a stack of her novels. The banquet was lavish, thanks to Random House, and there were several prominent speakers, including a tribute from the great Nigerian writer Chinua Achebe. And then came Oprah Winfrey.  She told a story on herself that is sort of legendary now:  'So one evening,' Oprah was at home reading Beloved, and 'decided she had to call Morrison.' So Oprah gets her on the line:

“Hello, Toni, this is Oprah!  I just had to call you about Beloved.  I’m reading it now and am just blown away by this ghost, or girl?  What is she?  What is this all about?"

And that was the end of the call. Everyone at the Library burst out laughing, but of course, the reader’s efforts to enter into her novels was quite serious business to Toni Morrison.

Her birth name was Chloe Wofford, and she arrived February 18, 1931 in Lorain, Ohio to an African-American working class family.  She died Toni Morrison on August 5, 2019, at a hospital in the Bronx, New York.  Long before her passing, she had become a cultural and literary force world-wide. With enormous gifts and boundless energy, she worked to nurture and inspire other African American writers, and to “get off the dime” –as she once put it--over and over again, through thousands of speeches, interviews, and just plain conversations, to get the word out.

Morrison learned early in her Ohio girlhood what grit was.  At age 12, she got an after-school job as housekeeper for a wealthy family on the north shore of lake Erie.  Toni did not care for the condescending manners of that woman, and one night after work, she complained about it to her parents.  Her father told her:  'Toni, it’s just work. Go do the work, but then come home.  Remember: you don’t live there. And whatever work you do, do it well for yourself.'  There was also the sonorous and ferocious presence of her mother, who, as Toni described, "sang all the time" in their house, from blues ballads to Ave Maria. But Chloe also saw her mother’s fits of rage as she tore up eviction notices and overdue oil heating bills with angry words and a slap of her hands. They struggled; they persevered.

he influence of her parents was to serve Ms. Morrison in good stead years later when she became an editor at Random House in New York, first in Buffalo where she raised two young boys as a single mother and wrote The Bluest Eye in the evenings after putting the children to bed; and then in Manhattan, where she was the only African-American and one of the few women among the senior editors.  The first book-launch party she gave for a writer in New York City? Not one of the other Random House senior staff came.  She persisted.  She published Angela Davis, and Mohammed Ali, among many others. 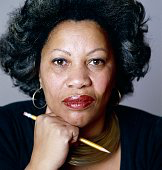 Morrison attended Howard University, graduating with a B.A. in English and a minor in Classics.  She acted with the drama troop, The Howard Players.  Not much is known (yet) about her acting, but she has made significant remarks over the years about her work’s affinity with that of the Greek tragedians: they both created characters larger than life, because, in her words, “life was that large."

After winning the Nobel Prize in 1994, Morrison was awarded an endowed chair at Princeton where she developed interdisciplinary arts courses.  She lived in Princeton and New York city for many years; her last home was in Nyak, New York, on the Hudson river.

Between 1971 and 2019, Toni Morrison published 11 novels, a seminal literary-critical work, Playing in the Dark: Whiteness and the Literary Imagination, and several collections of non-fiction books and essays, the latest among them being The Source of Self-Regard: Selected Essays, Speeches, and Meditations. Her awards are too many to cite here, but I’ll include 3: the Nobel Prize in Literature, the French Legion of Honor Award, and in her home country, the President’s Medal of Honor. 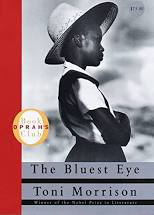 Morrison is not just any great writer: her work is a bellwether of freedom and self-assertion for African Americans, especially for African American women, and therefore perhaps for us all. As Paul Gilroy states in The Black Atlantic (1993), slaves imported from Africa and their descendants throughout the Americas have “had to fight—often through their spirituality—to hold on to the unity of ethics and politics” that slavery and modernity shattered.  They created an “expressive political culture” (Gilroy 74) in which music, art, literature, and other types of creative productions constitute “a living intellectual resource” (75).

Nowhere is this so well-demonstrated as in Morrison’s novels, where we encounter unforgettable, shimmering characters who will forever remain in our hearts and minds: the young girl Pecola Breedlove in The Bluest Eye whose sole wish is to have blue eyes, and who is raped by her father, his own love map being deeply messed up; or Paul D in Beloved, when he was shackled with a Georgia prison chain-gang for punishment of being a runaway slave, and who could not stop his hands from shaking, not after one of the guards threatened to sodomize him.

But there are stunning triumphs as well among these fictional people, like Milkman in Song of Solomon, when he realized that if you surrendered to the air, you could ride it; and of course there is the scintillating narrator of  the novel Jazz, that nameless entity who coyly opens her story with that tooth-sucking sound, “STH, I know that woman, she used to live with a flock of birds on Lenox Avenue.” And the orphaned Consolata in the novel Paradise, who might return from the dead, “brass-metalling her nails,” to tear up the prison of a town controlled by men who were out of control.

Toni Morrison was beyond generous in her participation in the numerous conferences and events sponsored by The Toni Morrison Society; the membership mourns her deeply, but it determined to carry on the work to which she was so committed. 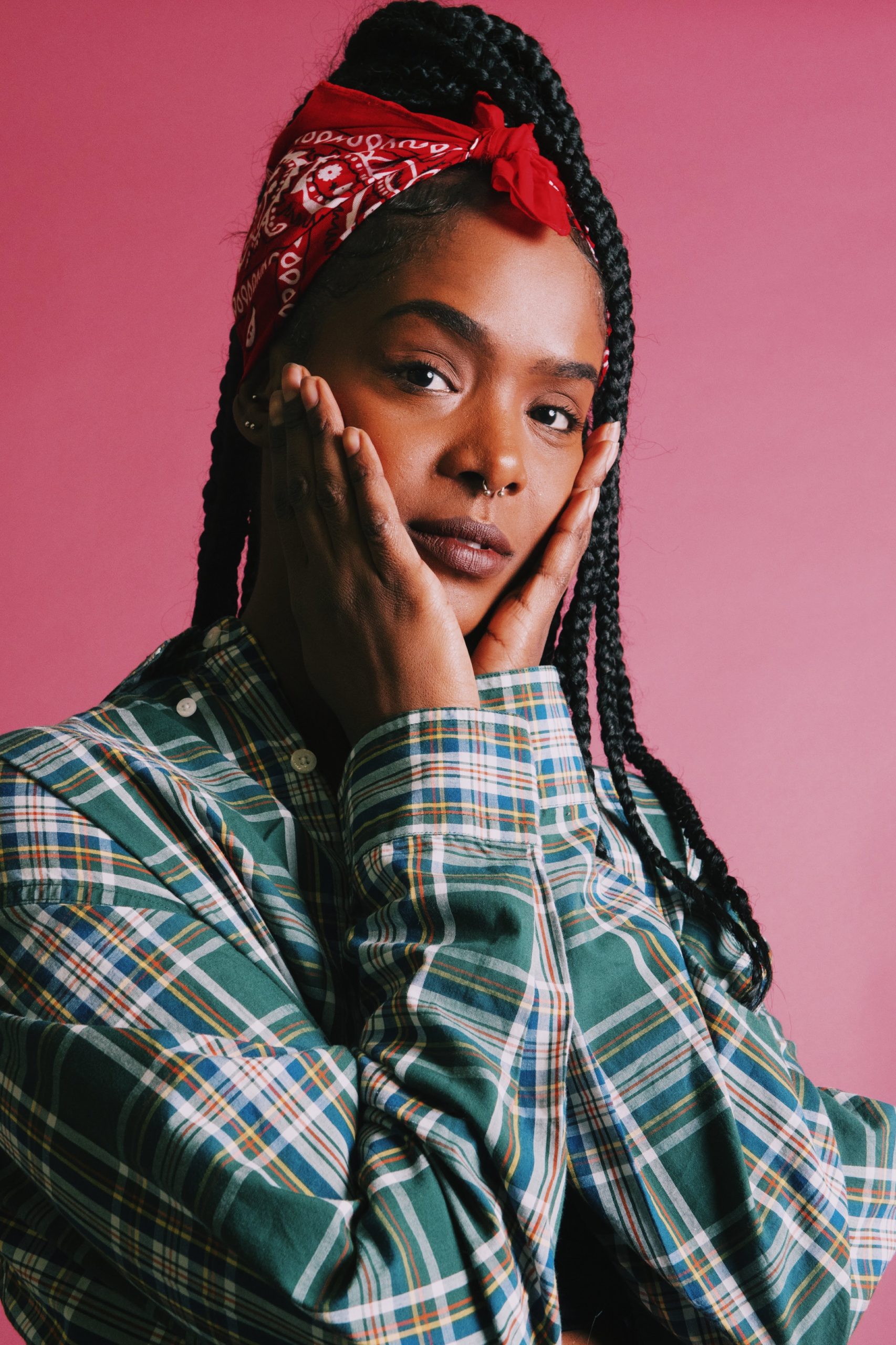 If we accept that invitation—TO READ—we can discover a musical language resistant to the dominant discourses of our time. As she put it in her Nobel lecture:

"unyielding discourses content to admire their own paralysis. Official languages 'smitheried' to sanction ignorance and protect privilege like a suit of armour, polished to shocking glitter, a husk from which the knight departed long ago. Yet there it is: dumb, predatory, sentimental.  Exciting reverence in schoolchildren, providing shelter for despots, summoning false memories among the public.”

To achieve that resistance to such discourse, she reinvents the usages of English, polishing a disused word here, creating a more fluid concept there, putting oral and aural qualities back into written story-language: rewriting, discarding, adding intonation, volume, gesture, rhythm. Her prose can skyrocket us into the realm of what art critic Elaine Scarry calls “sensory vivacity.”

As you proceed to other pages and blogpieces that comprise the Voice Upon Voice project, know that Toni Morrison's abiding interest in her readers is what has inspired me; that the how and the why of our reading experiences are at the center and the margins of this work.

Next? One of the three Root Blogs, perhaps:

The Readers Supply the Emotions

"Her every word a caress, her every sentence an embrace, her every paragraph, a cupping of her hands around our faces that said: I know you, I see you, we are together."  --Jesmyn Ward

With grace and wisdom, she respected, represented and rendered the beauty and complexity of the black experience. She was determined to defang the sort of routine, easy colorism that becomes cultural shorthand, to see the black subject irrespective of the white gaze, sometimes without recourse even to the word “black.”--Henry Louis Gates, Jr.

Quite simply, the landscape of American arts and letters would be unimaginably impoverished without Toni Morrison, who, for almost a half-century, excelled across a stunning spectrum—writer, editor, curator, professor, and cultural and literary critic. Hers was a life of the arts and the mind.--Angelyn Mitchell

"As we mourn the loss of this giant of American literature, we can agree that Toni Morrison, too, ruled. She led and we followed, and she showed us the beauty of the language, and the power that was unleashed when that beauty was allied to a great heart and a ferocious mind." --Salman Rushdie

Sign up for our monthly newsletter to get news current happenings on Toni Morrison’s life and work, plus new updates to the Voice Upon Voice website!