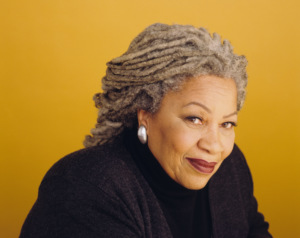 Poet, novelist, editor and music critic Nathaniel Mackey wrote that “there are musics which haunt us like a phantom limb.”⁠1  He was probably talking about a jazz tune—given that jazz is his metier—that brings forth a specific constellation of memory: who were you with, what was the weather, where you were, what it smelled like, tasted like, and most importantly, how it felt, both physically and emotionally.  That embodied, located, pulsing experience is over and gone, but not really done; nor will it ever be, and you’ve missed its company.  Toni Morrison’s novels, especially her Beloved, Jazz and Paradise trilogy, haunt me like a phantom limb.

Actually, the “missing limb” that hearing the song, seeing the picture, reading the poem, or touching the quilt brings forth to our awareness might not even connect to our own historical memories.  The disparate images that surface in our mind’s eye, the stirring of our thoughts, the changes in our breathing and pulse can happen in our encounters with the simulated emotional experiences and memories put forth in art: painting, music, dance, film, and, of course, literature.

What a miraculous event it is when a novel seems to reach into your very core, beyond your waking/working obligations, your emotional relationships, your desires and fears—all of which create an enormous burden.  And by “your very core,” I refer to the place beyond judgements, the place of self-acceptance where if even for a brief instant you feel illuminated, eroticized, connected to the universe. 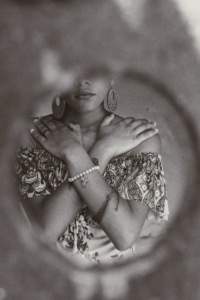 Photo by Andre Moura from Pexels

Bellwether of Freedom and Self-Assertion

But Morrison is not just any great novelist: her work is a bellwether of freedom and self-assertion for African Americans, and therefore perhaps for us all. As Paul Gilroy states in The Black Atlantic (1993), slaves imported from Africa and their descendants throughout the Americas have “had to fight—often through their spirituality—to hold on to the unity of ethics and politics” that slavery and modernity shattered.  They created an “expressive political culture” (Gilroy 74) in which music, art, literature, and other types of creative productions constitute “a living intellectual resource” (75).   Nowhere is this so well-demonstrated as in the novels of Toni Morrison.  This “living intellectual resource” is there for readers to encounter, no matter what their ancestry, but written “for the tribe”–for African Americans.

I am not a member of “the tribe.” But through some of my upbringing, experience, and reading, I, as well as many others among Morrison’s readers, have found the artful repetitions of various emotional motifs can be experienced by readers in a rhythmic fashion, and that furthermore, they form a discourse across all three novels on how new structures of relation between past, present, and future are always possible.   Like jazz music, Morrison’s trilogy is inextricably linked to freedom. 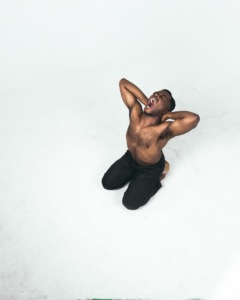 And Love.  The technologies and practices of slavery and institutionalized racism in the United States have made self-love a vexed proposition for many Africa n Americans; in this sense, the project of Beloved, Jazz and Paradise demonstrates “an alternative way of conceiving human history,” in the words of Edward Said (Culture and Imperialism 216).

Adding to the Memories of Readers

Remembering and forgetting, rejecting and accepting, attracting and repulsing, needing and letting go, finding freedom from and freedom to . . .

These emotional stories become our readerly worlds as well. We experience their processes along with the figures in the novels.  With Sethe, for example, who, as she is kneading her bread on the kitchen table in an old Cincinnati house that had been a station on the Underground Railroad, is “beating back the past” traumatic memories (“re-memories” in her sense) of slavery that seem alive and”still out there.” She believes these memories are coming to get her.

The dramatic arcs of the stories in Beloved, Jazz, and Paradise, create open, unfinished models of individual and collective identity that are free of the “lethal cling” of old American racist conceptions.  And in this way begin to provide more open models of identity for readers. 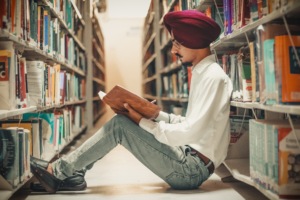 Photo by Dollar Gill on Unsplash

Furthermore, Morrison’s configurations of narrative parts–the qualities of her form, the building blocks of her style and arrangement–can also affect readers deeply.  How her readers have been puzzled and amazed by her works’ dazzling and seemingly meandering prose!  But if you just keep reading, everything becomes revealed, although what lingers is the sensation that  something new going on.

Morrison creates unconventional relations between reader, writer, and text (see the blog piece on The Rhetorical Situation).  The meaningful, uneven repetition which readers can encounter with Morrison’s project is overt; “skipping back to another beginning which we have already heard.”  And this is making room for “accident and rupture” (Snead 71).  Resolutions are not provided; instead, one must acknowledge that differences are to be preserved and that silences are meaningful.  This is my “reading” of the experience of reading Toni Morrison, but what is yours?  You will get many chances to weigh in, add your words and perspectives to this conversation, throughout all of the blogpieces.   And now just one more thing before the first “Responses Invitation” at the end.

Goals of  the Voice Upon Voice project

My primary reason for creating this blogsite is to connect with readers and want-to-be readers of Toni Morrison’s novels; specifically, through her “Beloved trilogy,” as she has called it—Beloved, Jazz, & Paradise, because together the 3 works can give all who read them a new sense of American reality.

All of Morrison’s works reflect values that have been forged through generations of African Americans since slavery began; values not only of political freedom, economic agency, and emotional flourishing, but also of the aesthetic and rhetorical means of expression.  But the three novels in the trilogy offer something special: an almost uncanny composition of interconnections which surpass their thematic starting points of love and remembering and transcend their joined geographies of the African American Diaspora.

We will follow along with and follow up on Toni Morrison’s frequently stated aim as a writer: to  elicit some response from her readers.

Perhaps Morrison’s most important cultural work–not to diminish the power of her essays, lectures, and interviews–is her invitation to readers to participate in the “making of the text” in her novels, as she puts it.  Fictions in general can do this cultural work in subtle ways as they get their readers to feel something like an authentic experience. In the case of Toni Morrison, this means involving readers in a collective, liberatory, recharting of a past that has lain at the margins of official or dominant histories and myths for hundreds of years.

Through her writing, she does show readers how one can “enunciate race” while “depriving it of its lethal cling” (Morrison, “Home”), even though she remains uncertain if her work can do so.  While her recent collection of essays and speeches eloquently chart the fault lines of the tenacious racism perpetrated and tolerated by still so many Euro-Americans (known today collectively as “white”) against African Americans, her literary work beckons readers to respond and interact emotionally with Black subjective presence in more personal ways. 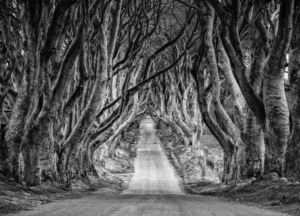 Photo by Rosie Kerr on Unsplash

In what way or ways have you felt an “invitation to enter” a novel?  What novel, either by Morrison or another writer, has “made space” in some way for you to enter?  And what do you make of that experience of being “inside” the novel?

Next, I suggest you proceed to the next Root Blog:  Morrison’s Beloved Trilogy.

And don’t forget: sign up for the Newsletter at the bottom of any page.