The “quality of hunger and disturbance that never ends . . . that is what I want to put in my books.” ~ Toni Morrison 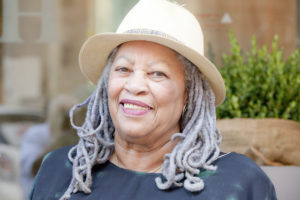 Specifically here, she is talking about jazz, yet there are many deep-rooted connections between black music and literature that can impact the reading of Morrison’s work. Indeed, Morrison’s serious aspiration to include readers in “the making of the story” has its very foundation in the core elements of black musical and vernacular arts: “call-response” or “call-and-response” practice, and a signatory emphasis on the aural quality of the words.

In this introductory blog on what I call “Black Vernacular Musicality” in Morrison’s work, you’ll be invited to discover insights into the human experience with music and the art of spoken language from the vantage point of African American culture, where song and speech have been central to creating freedom in unfree circumstances:

Why is music so significant for African Americans, past and present?

What is the “black vernacular” and how does it relate to music?

How might this black vernacular musicality—my term that combines musical and vernacular practices in African American art forms, such as literature, music, dance, and painting, provide Morrison’s readers with points of orientation to the experience of reading her novels?

First of all, let’s go back to “Call-Response”:  according to Mellonee Burnin’s and Portia Maultsby’s  African-American Music: An Introduction, call-response is an antiphonal practice dating back at least to the 1630’s, as recorded in slave-ship documents.  A singer, player, or speaker makes a musical or stylized statement and another individual or group answers.  Similarly, Geneva Smitherman’s seminal work on the black vernacular tradition, Talkin and Testifyn: The Language of Black America, also identifies call-response as a fundamental organizational characteristic of African American culture, enabling “traditional black folk to achieve the unified state of balance or harmony which is fundamental to the traditional African world view.”

Call-response structure is readily identified in folk musical tunes with different vocalizations, as in the recording of “Buzzard Lope” sung by Bessie Jones and the Georgia Sea Island Singers.  However, it is also a fundamental practice of a jazz band performance, with different players call-responding to one another and to the audience.  Compliment your listening to the “Buzzard Lope” recording by reading the next section, in which Morrison is describing her efforts to incorporate an author-reader, call-response form of art in her novels:

In a 1986 interview with Christina Davis, Morrison talks about how she attempts to construct the fundamentally black characteristic of “engaging the participation of the other, that is, the audience” by gauging how much information to give and how much to keep out and when you need color and when you need a metaphor and when you don’t, so that two people are busy making the story.  One is me and one is you and together we do that, we invent it together and I just hold your hand in the process of going there and hearing it and sharing it, and being appalled by this and amused by that and happy about this and chagrined about that and scared of this and grateful for that.

Call-and-response can be located in Morrison’s three-novel project at several different levels; not only as communicative styles among characters or between author, narrators, characters, and readers, but also between different sections of texts or thematic motifs across the texts.  My blog on “View from the Bottom of the Band” will explore the motivic and organizational modes of call-response in Beloved, Jazz, and Paradise—and between them too, because footprints and feathered things, in addition to themes and geographies, break the boundaries between these novels.  However, more specifics on musicality in Morrison’s works will be examined in some of the other blogs.

Now to some perspectives on the cultural significance of black musicality.

James Baldwin, articulated it most concretely, though others before (W.E.B. DuBois) and after (Duke Ellington) him have stated the same:

“It is only in his music, which Americans are able to admire because a protective sentimentality limits their understanding of it, that the Negro in America has been able to tell his story. . . . told, compulsively, in symbols and signs, in hieroglyphics” (James Baldwin, “Many Thousands Gone”).

I like to imagine that Toni Morrison has had Baldwin’s words in mind, as she, in her words, has made the “effort to be like something that has probably only been fully expressed perhaps in music.” Morrison has remarked that her aesthetic aim has been to find “a mode to do what the music did” for African Americans “in that civilization that existed underneath the white civilization” (LeClair interview).

Music has been important since field hollers during slavery for not only the creative development it fosters but as a code, a way to say something that the white folks could not decipher.  “Like a turkey through the corn” was a musical lyric signifying escape from the plantation.  But Ingrid Monson, in her book Saying Something: Jazz Improvisation and Interaction (Chicago U Press: Studies in Ethnomusicology) articulates an even broader sense of the connection between music and freedom:  “aesthetic practice—musical practice in particular—has been extremely important in imagining a freer society” than the ones we have inherited.

Her argument alludes primarily to jazz music, furthermore, in developing the idea that “[M]usical practices and processes in their polyphonic complexity can present a better theoretical model than social theories for globalization and cross-cultural practices.”  Essentially, music has been a space where one could negotiate freedom, just as choosing to love somebody or something could (see “The Roots of Toni Morrison’s Durative Blues” blog). 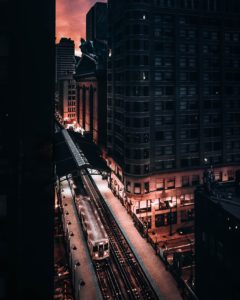 The rhythm of life

Is a jazz rhythm,

The gods are laughing at us

Langston Hughes’ lines from “Lenox Avenue: Midnight” even goes so far as to suggest that jazz is a way of life, not just a music.  Sidney Bechet, the early 20th century New Orleans trumpeter, said the same thing in his autobiography, Play it Gentle: you live jazz, you don’t just play it.

In their edited collection, African American Music: An Introduction, Mellonee Burnim and Portia Maultsby  observe that Black musics of the African Diaspora are rooted in 3 African practices.  I believe these three practices are also characteristic of Black vernacular tropes.  These are:  1) the physical performance, 2) the “sound quality” of everyday experience, and 3) a call-and-response “mechanics of delivery” that allows for dramatic variations in the temporal rhythms and sound textures.  Essentially, speech arts and music possess  “a shared conceptual framework,” in the words of music critic Olly Wilson. And this framework is an approach, a “way of doing something, not simply something that is done,” and, in his opinion, has “manifestations which are infinite” (Wilson, 1974; 20).

In combining musical and literary concepts for reading the Beloved, Jazz, and Paradise  trilogy, I offer readers a new way of approaching its rich, often difficult language, and the “combinations,” in Morrison’s words, of putting parts together.   Readers will be implicated in the open-ended stories, after all,  as the linear experience of reading is inflected with surprising and disorienting fluctuations in how narrative elements connect, producing possibly new relations to historical consciousness.

Imagine reading Morrison’s work as Travis Jackson imagines the effects of a jazz or blues band and its audience:

A jazz or blues performance is perhaps best understood as a kind of ritual, in which both performers and listeners ideally come prepared to listen and respond actively to the ongoing flow of sounds and other sensory input.  Together, all involved in such ritualized moments attempt ‘to go to the next level,’ to remove them[selves] temporarily from all concerns beyond those of the performance. 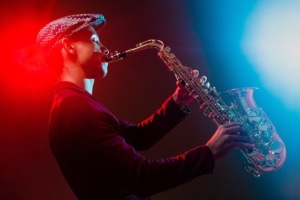 Finally, then, we who want to read Toni Morrison as actively as possible may enter into the novels with more receptive eyes and ears, so to speak, and hopefully experience an African American artistic performance that will transport them “to the next level.”

Do you believe that music can be a space to negotiate freedom? What about equality? (Any kind of music) What do you think about the idea of music (or any of the arts) taking us “to the next level”?

This introduction to the music cluster will stand you in good stead as you encounter some of the more concrete blogs in this series, such as the next one:  The Storytelling Voice:Toni Morrison’s “Indicator and Mask.’