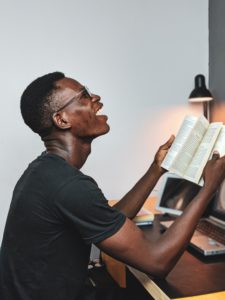 “Great Jazz Musicians have the ability to take different musical perspectives and to integrate them into their own.  They symbolize the potential that everyone has to draw on many sources and bring different understandings together in the perspective of their own lives. ” — Arthur  Rhames, jazz critic

This blogpiece invites you to consider Toni Morrison’s artistry—specifically in the Beloved trilogy— to be something like a small jazz band, and she is its leader. (If you’re wondering, what? She’s a writer not a musician, see the blogpiece,  Does Toni Morrison Write Mixed-Media Novels? )

“From the bottom of the band” is the phrase I am borrowing from Ingrid Monson’s work, Saying Something: Jazz Improvisation and Interaction, to title this blog piece because it is oriented to the so-called rhythm section of small jazz groups: piano, bass, and drums.  Monson emphasizes the “view” from this foundation in order to emphasize the “collective character of jazz improvisation as well as the heterogeneity of cultural experience.” She advocates thinking about improvisation as a collaborative practice.  More like a conversation that includes the solo-flights of players, rather than improvisation as exclusively solo-artistic performance.

To think of Morrison as improvisational band-leader

Of all her “instruments/players” is to position our reading-selves as much as possible at the level of her narrative production. Here are two statements by Morrison that can help us get oriented to her musico-literary practices:

[The] best part of writing novels is the combinations . . . Of virtue and flaw, of good intentions grow awry, of wickedness cleansed and people made whole again” (Nellie McKay interview, emphasis added)

And about rhythm in her novels:

Okay, you say, “understood!  But will what I read actually seem improvisational and/or rhythmic and thus, will I have a pleasurable encounter with variations and combinations (which can be referred to as literary motifs)?  I think so, and I’m extremely interested in getting your feedback, your own sense of the reading experience as from “the bottom of the band.”

For example, we could trace the  repetitions-with-difference involving trees in Morrison’s work (recall Paul D’s “friend,” a “tree called Brother” in Beloved) , or those “hummingbird wings” and  “feathered things” that Sethe (Beloved) and Consolata (Paradise) experience in their guts when strong emotional episodes wash over them.  But for now, I want to focus on one novel and three separate figurations of the same motif: walking.

Let’s take the three otherworldly walking men in this novel to spark a conversation conversation on Morrison as an improvisatory jazz artist—we will consider here just one range of examples comprising what I will call a “sequencing”—not exactly organization, but related to it— which I can best define as developed patterns of related images, themes, characters, and events.

Paradise’s working title, according to Morrison, was “War”: of generations and  genders.  But there is another sequencing of a walking-motif that slices through this story, and it is about a spiritual confluence of different religious views.  Take the three otherworldly/supernatural walking-man figures that appear at different points in the narrative.  The first of the walkers, a ghost-like ancestral figure who is actually seen only by 2 of the migrants from Louisiana into Oklahoma, has a “giant’s step” that stops at the very spot where the migrants will found their first all-black town of Haven in the 1990’s.  He is like big thunder! 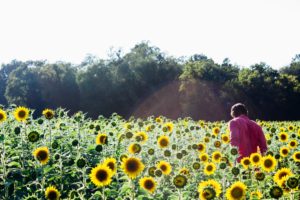 Fifty years later, the second evanescent figure walks across a groomed yard in the second all-black town of Ruby, Oklahoma, but unlike the first giant man, this one is slight of build, and trailing a flock of butterflies. He is light, friendly, and playful, much like the figure of Tammuz in Gilgamesh, or like Teacake in Their Eyes Were Watching God by Zora Neale Hurston.  The loud steps of the first man suggest a biblical patriarchy in contrast to the pagan magic of the butterfly-attracting man, who is seen only by one woman in Ruby, Oklahoma.

Finally, toward the penultimate scenes of the novel’s story set in the 1970’s, we read about a third mysterious walking man, with delicious green eyes and tea-colored hair, whose makes a swift appearance to Consolata—the nun’s aid who stayed on after the Church left and took in four “drift” women needing shelter.  His movements evoke those of a snake, and in other details, suggest the Serpent in the Garden of Eden (not the Genesis per se; there were several apocryphal texts from the early Christian period evoking the Serpent as gnosis, or knowledge, in a positive, regenerative sense).

From a “far country,” wearing reflecting sunglasses and enchanting Consolata with “language like honey oozing from a comb,” the green-eyed man is suddenly within “six inches from her face” but, mysteriously, “without having moved” (252).  And this serpentine man seems to initiate a profound  spiritual transformation for Consolata, who after his visit leads the women in spiritual cleansing ceremonies. 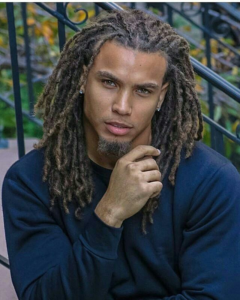 When I first read a Toni Morrison novel, I am for the most part absorbing the dramatic and descriptive situations of the characters and wrestling with the chronological connections across sections.  It’s only on re-reading that I’m seeing patterns, relationships between parts.  So what I’d like to know from you is whether re-reading Morrison is something you do or would like to do, and how that might work for you.

Speaking of re-reading:  see how that might serve you well if you want to go to the next blog, which concerns the “walking men” mentioned above from an even more encompassing point of view.  It’s aptly titled:  Toni Morrison’s Enchanted Walkers.