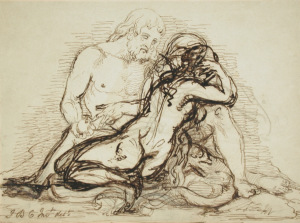 With subversive love as a primary concern in Toni Morrison’s Beloved trilogy, Morrison has set a stage, so to speak, upon which readers will encounter the intense, often fraught and frequently poignant, emotional episodes of characters in their narrative worlds.  And how readers respond to these will depend on so many elements: personal experiences and memories, sexual preference, group identities, ideological bent, mood at the time of the reading, analytic and reflective “muscle” development, long and short-term goals, and breadth of reading (I’m sure I’ve left some out).  So when we read about a man who declares he would, again and again, bite down on that apple in the Garden of Eden and, being exiled, even strut out of there in pride (with an “Eve”) rather than in shame, we will certainly not react or respond in exactly the same ways. Or will we?

Neuroscience & The Garden of Eden

Neuroscience tells us that, to a large extent, we will.  There are shared, universal components to our encoding of emotional experiences, even allowing for cultural and ideological differences among human populations. And significantly for our purposes, although this encoding will occur most vividly when we live through the experiences ourselves, it will also occur, in a more removed way, when we observe them in others, including our simulations of the characters in films, plays, novels, or even songs and paintings.

When Jazz’s Joe Trace, who left rural Virginia for New York City during the Great Migration, states in one of his monologues that he knows exactly how Adam felt with that Apple: “to bite it. Bite it down.  Hear the crunch and let the red peeling break his heart” (Jazz 133), readers know that he is speaking of his love affair with the young Dorcas.  And, if readers have knowledge of and opinions about the Garden of Eden story in the Judeo-Christian Bible (cultural and ideological differences pertain, though this expulsion-from-paradise story is very widely known in the world), they can further interpret the audacious intensity of his emotion.  As Dorcas’ aunt, Alice Manfred puts it, “He knew wrong wasn’t right, and did it anyway” (Jazz 74).

Joe’s reflection on Dorcas defiantly reaffirms his lust, previously dramatized in Jazz through several pillow-biting-to-stifle-moans bedroom episodes.  Perhaps, like myself, you too can relate to the sensational cocktail of burning sexual desire coupled with transgression—someone you shouldn’t be having sex with!  Yet even if your reaction to Joe’s emotional pride in this affair (he did not “fall” in love with Dorcas; he “rose” in it) is extremely unfavorable, you may very well—if you will factor in what you’ve previously read about Joe’s life prior to Dorcas—possess the knowledge that his “bite” into the apple is more complicated than physical desire.  Morrison, I offer, is counting on it.

This blog will answer the following question:

What makes up the core of  emotions that all of us experience/feel, and how do ideology and experience create our differences? 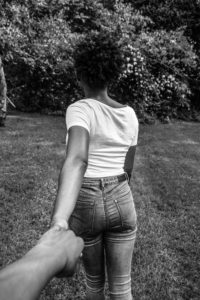 —which combine and interact to form an extensive array of emotional sensations (attachment + lust = romantic love).  However, how these systems develop and operate is the crucial piece in understanding someone’s—our own included—emotional experience.

A. Genetics Play a Role.  Neuroscience has identified “innate feature sensitivities,” basic instructions for the process of generating prototypes of the fundamental emotions.  However, as Hogan states, “while there are genetic instructions for the process of generating emotional prototypes, the development of one’s basic emotion systems for fear, anger, attachment disgust, hunger and lust are largely determined by development (7).

B.  Early Development is Key.  There are critical stages in a human’s development: language acquisition is a good example. Emotional prototypes are fundamentally shaped in early childhood, and these can be termed “critical period triggers.”  For example, the ghost-girl, Beloved, who returns as a young woman to haunt Sethe, is very needy because of the early abandonment by her mother.

C.  Emotional Memories Persist.  Sometimes, an encounter will call up a feeling that we may not readily understand.  These associations are “episodic triggers” that cause us to feel the emotion, but we do not readily know what the past memory is about.  And then there are “emotional memories” that are consciously re-imagined.

D. Emotions and Ideology. Ideological differences pertain to emotions irregardless as to whether they are externally or internally stimulated. “Attachment,” for example, is a fundamental emotion but will be experienced with different tonal qualities based on the range of values, beliefs, practices across human communities.  And while perhaps the sensations and immediate reactions to the death of a loved one may be very similar across cultures, the long-term effects will be varied by customs, beliefs, and personal temperament.

A stark incident can produce a sudden emotional shift. This “trigger” can produce swift action: for example,  braking hard in a vehicle to avoid hitting the child crossing the street.  But emotional information can also “trigger” an actional outcome: how in Beloved, Sethe did not even have to think when she saw the slavemaster called “Schoolteacher” come into the yard: “Simple. She just flew” (Beloved 192).  But emotional reflection can also produce outcomes that in turn affect our emotional experiences.  There are 3 more blogpieces in this 6-piece cluster on emotions that press all of these general premises into action with Morrison’s prose:  The Roots of Morrison’s Durative Blues, Life IS that Large, and Empathy. Happy reading! But first, please reflect or respond to this post question:

What can the example of Joe Trace’s infatuation/obsession with Dorcas in Jazz help to reveal about readers’ similarities and differences in their own emotional responses? 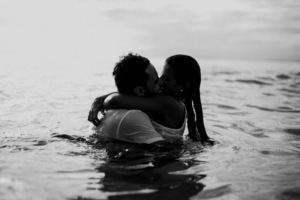 If you wish to continue in this series,  I suggest going to The Roots of Toni Morrison’s Durative Blues!

And please sign up for the Newsletter at the bottom of any page!