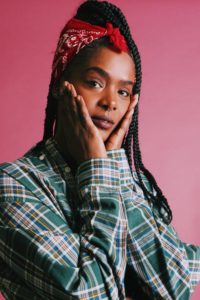 Baby Suggs, the matriarch in Beloved, did not fully realize what freedom from slavery meant until she had crossed the Ohio River into Cincinnati, when she discovered that her body now belonged to her:

Not to have legal ownership of one’s embodied self was a fundamental condition of chattel slavery in the United States, and Toni Morrison’s narrative renders the subjective experience of it in stark, intimate terms.  The narrator’s telling of Suggs’ reactions–“Next she felt a knocking in her chest and discovered something else new:  her own heartbeat.  Had it been there all along? This pounding thing?”(166)—articulates the condition explicitly. Beloved’s attentive detailing of the body as belonging or not belonging to an individual suggests that to be a slave is to not-be.  It is to be rendered “ungeographic.”  In this blog let’s plunge into:

What is the experience of the “ungeographic” for African Americans and how does Morrison’s work address this?  What might be the effects on readers?

From Emancipation to Jim Crow

The Emancipation Proclamation, the end of the Civil War, and the establishment of Reconstruction governments in southern states did much to reverse the “ungeographic” legal status of African Americans. The Reconstruction peeriod saw African Americans holding government offices, growing businesses, and owning and managing their agricultural property.  Then the Plessy vs. Ferguson Supreme Court happened, effectively ending Reconstruction. State after state stripped African Americans of many privileges of citizenship, including the right to vote, through practices such as “grandfathering” voter registrations, and the redistricting of communities to favor public schools and services for whites only.

Thus, the iron laws of “separate but equal” alongside horrific lynchings and burnings in the Jim Crow South (and North, for that matter, though to a lesser extent), prevailed for decades. Although laws have changed (not always for the better), practices of racist erasures are still rampant in the U.S.A.  This is the American Tragedy. 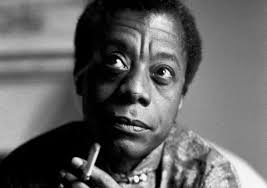 In a 1985 piece entitled “Here Be Dragons,” writer  James Baldwin sums up the unending, willful blindness of white people to the reality of black lives.  He decries the ongoing invisibility of the personal, lived experience of African Americans: “to think of him [“the Negro in America”] is to think of statistics, slums, rapes, injustices . . . .”  But writers and artists fight on. Through fiction, poetry, plays, and essays, African American literature for over 150 years has given the world the intimate details of people living and dying through it all, and Toni Morrison is no exception.

Toni Morrison’s trilogy is a grand resistance project to being rendered “ungeographic,” from slavery through the 20th century.  An examination of the language of legal codes relating to chattel slavery and “runaway” slaves indicates that central to the development of a system of slavery in the American south was the notion of the body as property.

How to render that experience in a subjective way?  Morrison has stated that she had to imagine it, because even in the literature produced by former slaves, “whenever there was an unusually violent incident, or a scatological one, or something ‘excessive,’ one finds the writer taking refuge in the literary convention of the day.”  (“The Site of Memory” 109).  The result of Morrison’s imagining is a work of fiction which opens up the “vise” of dominant histories and geographies and does so in an innovative way.

Toni Morrison’s work in general renders black subjects as geographically central to the making of the United States, and at all levels:  from the widest history—the near-achievement of an all-Black State in Oklahoma (Paradise) —to the narrowest detail—a woman discovering her own hands (Beloved)—and even beyond into the supernatural—the “clicking sound” one can hear along city streets long after the Harlem dances have stopped (Jazz 226).

What do you have to add to the notion of “ungeographic” from your own living and reading experiences?

The next blog in this cluster opens wide questions about the timeplaces Toni Morrison creates in order to reconfigure black subjects in the geographic imagination:  The Chronotopic Imagination of Toni Morrison.

And don’t forget to sign up for the Newsletter at the bottom of the page for relevant and timely insights on the blog!