“Imagine diffracted times coming together, without this imperial linear conception of time that Columbus brought with him” –Edouard Glissant 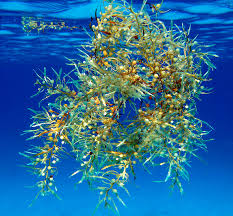 Postcolonial artists in the Caribbean and United States  create spatio-temporal fluidities–found in music, literature, dance, sculpture and performance arts–where the past reanimates the present and different geographies seem to merge. Many of these  20th-21st century artists are the descendants of Africans brought across the Atlantic to the Americas 400 years ago.  Toni Morrison is no exception,  and to this tradition she brings exceptional work. (Morrison has identified herself as Black Writer first, American, Modern, Postcolonial second. But her work can be illuminated through many different lenses.)

In this blog, we will consider the  literary “worlds” of Beloved, Jazz, and Paradise as animated  timespaces which are also porous: one of them may flow into another until time seems circular or backward and places seem to collide with or dissolve into one another.

Why would evoking a fluid relationship between past and present over different geographical locations be significant for postcolonial artists?

How can dusting off a 100-year old literary term, the chronotope, be an easy and elegant tool for readers to employ when responding to such work?

How might readers, as well as characters, experience the fluid intermingling of past, present, and future–and of the actual with the supernatural–that undergirds the Toni MorrisonTrilogy? 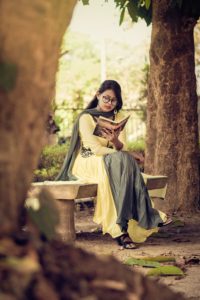 The Creolization of Time & Space

Edouard Glissant, a Martinique philosopher and poet, writes about the mixing of partially recovered African traditions from the past with the present as a sort of “creolization.”  This term denotes the syncretic intermixing of two or more languages, but Glissant applies it to creating one’s present sense of time and place by recreating past histories and locations. Here’s how he describes it:

A “poetics of space,” of making real the landscape you’re in, not paying attention to the dominant geographical conception of that material space but the experiential. 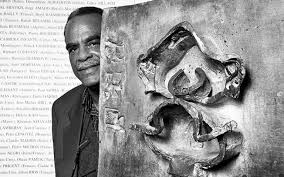 “Creolization” in this way  “helps us to emphasize that . . .we can escape from the jail of History” and do what epigraph to this blog describes, “imagine diffracted times coming together, without this imperial linear conception of time that Columbus brought with him” (274).

There is a hundred years-old term that I want to dust off and revitalize to aid us in our contemplations, and that word is chronotope. A Russian literary theorist named Mikhail Bakhtin coined this term to distinguish the vitality of the novel in contrast to the fairy tale or allegory. How can it help readers in contemplating Morrison’s work?  And how can chronotopes intensify their emotional story structures? (Another related blog to investigate would be  “The Reader Supplies the Emotions”: Tips for Reading Morrison)

“The intrinsic connectedness of temporal and spatial relationships that are artistically expressed in literature.”

This is the core definition of the chronotope from Bakhtin’s The Dialogic Imagination (85). It combines the Greek words chronos (time) and topos (place) to describe the universal operations of these literary “timespaces” in creating for readers a material sense of “thickening.”  Ideas, emotions, and other more abstract features of narrative fiction “take on flesh and blood, permitting the imaging power of art to do its work” (250). 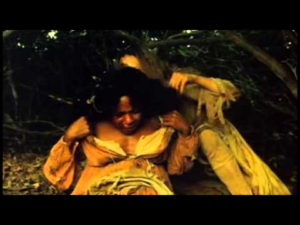 The chronotope gives readers a way to speak about strange, otherworldly spaces in tandem with historically-based narrative worlds. In fact, the “chronotope” is such a vital indicator for Morrison’s fiction that I use it throughout the Voice Upon Voice blogpieces.

More from Baktin’s description: time becomes “palpable and visible” and space “becomes charged and responsive to the movements of time, plot, and history.”  Metaphorically, a chronotope “causes blood to flow” in narrative incidents, events, and episodes.

As with novelists in general, Morrison’s chronotopes expand over time and place: characters change, maybe move to other geographical locations, and their memories are frequently–but not always–origin-points for additional chronotopes to be added into the mix.

And outside of any character’s point of view (which includes memory), there are otherworldly timespaces from an omniscient point of view (narrator) woven into the unfolding narratives: ghosts of the recently dead returning to their kin, wild women, and the resurrected, occupying empty spaces and made-up places.  These more imaginative and supernatural chronotopes in Morrison’s work will be the main focus of A Ghost with a Sword: Morrison’s Enchanted Ones.

How about some examples of the geographical-historical chronotope clusters from Beloved, Jazz, and Paradise:

In Beloved, there are memory- based chronotopes of Denver’s birthstory (Sethe’ trek from the Kentucky plantation to Cincinnati, Ohio) and of a slave-ship survivor-child.

In Jazz we encounter several past timespaces from the viewpoints of Violet (her mother, the well, Aunt Trubelle’s stories about Golden Gray); Joe (his adoption of the last name “trace, ” a man called Hunter’s Hunter, looking for his maybe-Mother (Wild); and Dorcas (the St. Louis fire that took her family and her doll while she watched), to name a few!

In Paradise is the memory-based chronotope of the first all-black town of “Haven,” in Oklahoma Territory. This one is developed through recollections from several different characters’ points of view while they are living in the second all-black town that they founded, “Ruby,” in Oklahoma State. And there are other ‘rememories’ such as the founding families’ walk across Arkansas and their refusal by Guthrie (the “Disallowing”).

Evoked through memory, these chronotopes are nevertheless dynamically interacting with other timespaces, breaking down barriers between past and present times in the novels: “creolizations” from Glissant’s view. 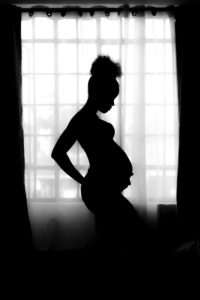 As you can encounter in other blogpieces, Morrison’s fictional chronotopes also break the boundaries between novels; the young woman who disappears from Sethe’s porch in Beloved is strikingly re-encountered in the figure of “Wild” in Jazz,” for one.  But now . . .

Let’s drill down to our own bedrock responses

Some fictional chronotopes affect me deeply (causing my own blood to flow?), so that when I reflect on them, I remember some of what it must have been like to be there, in it. I am counting on the possibility that you are right there with me.

Let’s consider an exemplary chronotope for the responses invitation:

“The Convent” narratives in Paradise, physically situated in the Oklahoma panhandle in what “was once an embezzler’s mansion.”

Narrative time at the Convent begins when the mansion was turned into a Catholic school for native girls. Then, when the funds ran out and the nuns left, the orphaned Consolata remained to take care of the dying Mother Superior. These are all past-narratives leading up to the time of the main story-line set in the 1970’s, when Consolata began taking in “drift”women: Mavis, Gigi (Grace), Seneca, and Pallas.

The Convent narrative is a  complicated timespace.  The women there (nuns, then the drift women) grew the hottest peppers, desired by everyone in Ruby who  frequently drove 17 miles to buy them and another 17 to return. 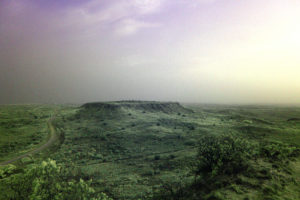 Lead by a recovering Consolata, they drew outlines of themselves on a clean basement floor to purge their demons, fought and laughed in the wine cellar, took in other women who came for temporary solace, sat in the garden, danced in the rain.  It was a safe space, until it wasn’t.

The Convent has those qualities that Bakhtin outlined:  a “setting” in a story that seems like a living, breathing place.  I almost believe I could go there if I drove west through the Oklahoma panhandle, past Woodward and into no-man’s land.  How do you respond to this powerful timespace, “the Convent”?

Now on to one of the most difficult blogpieces that I’ve attempted:  Slave Ship Geography.

Not signed up for the Newsletter yet? Go to the bottom of the page and join up!

1 Bakhtin’s concept of the chronotope and its usefulness for Morrison’s work is discusses in the “Claiming Geography” blog.