Photo by Andre Moura from Pexels

This is the expression used to describe Consolata’s visceral emotional response to seeing Deacon Morgan for the first time as he rode by her on his horse.  What are we to make of this sound signifying Connie’s initial response to the man with whom she would be having a love affair? Something sensual, I would say, given the syllabic repetitions.  And is this love?  At any rate, a great internal shift occurs in Consolata, dramatized in this way.

I chose the sound word (known as onomotopoeia) “shashasha” to introduce this blog because it connects emotional experience with our concrete senses. I am going to argue here that we need some science to consider how narratives can affect us: cognitively.

In the previous blog,  Subversive Love, I quoted Patrick Hogan’s work Affective Narratology: the Emotional Structure of Stories.  To recap, Hogan states that story-structures are “largely incomprehensible” without our “emotions systems.”  This cuts two different ways for us as well:  first, readers have cognitive simulations of the emotional experiences of characters and events in narratives that can affect our own emotions as we react to and reflect on those simulations (“vicarious experience” captures this).

Second, novels and stories are erected primarily on emotional incidents, episodes, and events: these form a network in the novel that is analogous to the skeletal support found in all species of vertebrae.  Emotions are the bones of many stories, and especially of Toni Morrison’s love trilogy. Let’s now consider some of the cognitive building blocks of emotions focused on this question:

What are the concepts of incidents, events, episodes, and stories, and how do they operate as the building-blocks of the large emotional “arcs” (or plots) of Morrison’s novels?

Incidents, the smallest “node” of eventfulness

These are the most concentrated cognitive phenomena:  “incidents” of great drama and emotional intensity, immediate reactions on the part of someone to external stimuli. In Paradise, a minister presiding over a wedding preaches about love: “if you think love is easy you are a fool.  If you think it is natural you are blind.  It is a learned application without reason or motive except that it is God” (Paradise 141).  The bride and groom and other folks at this “much-anticipated” wedding begin to squirm and sweat. They have swift reactions to this adversarial preaching.

Events, comprising a unit of action

A cause-and-response elongation after the incident. Going back to our Paradise example: Reverend “take no prisoners” Pulliam drones on and on in this vein for several pages in Morrison’s novel, chastising especially all the young people that “God is not interested in you” (142).  When he finally stops, another event begins as a second minister, Reverend Misner, steps up, so deeply chagrined that he stands before the wedding party and guests in perfect silence, holding out at chest level a cross.  He privately thinks about what motivated Pulliam to speak like that, how this marriage that was supposed to mend differences between families seems doomed, what will the wedding reception be like now.  He wonders if the people can “see” the true meaning of Christ and that God actually loved the way people loved each other, not like the other minister said. 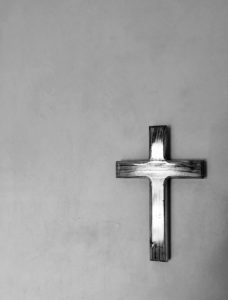 Photo by James L.W on Unsplash

Episodes, a series of related events that form a sequence

Patrick Hogan suggests that episodes “end” with uneventfulness, a pause, or “temporary stability” (33).  During the duel of two wedding sermons, we also read about the thoughts of various characters: those of the gloomy groom, the shamed maid of honor, and the groom’s angry uncle.  The wedding is finally punctuated–at last!– by the reception’s hostess bursting into tears. This aptly sets up the next episode, or series of incidents and events, the wedding reception at Soane and Deek Morgan’s home in Ruby, Oklahoma.  This change of location helps to underscore the end of an episode; however, location change is not a necessary condition for one sequence to end and another to begin.

Incidents, events, and episodes are the units of emotional experiences in novels as they unfold to the reader,  and they can be embedded in each other for more intensity, as an incident might cause an emotional memory in a flashback pattern, so that the narration of that memory might itself contain several events or sequences. ( A good example of this is the episode in Beloved that begins with the phrase “Tell me your earrings,” which is in and of itself the subject of another blog.)

Stories, a chain of the above units with a beginning and end

Our sense of what the novel is “about” is largely comprised of its big, long story.  I choose to call these “emotional story structures” throughout this blog series. Stories have an ending when “normalcy seems more enduringly restored” (Hogan 6). Toni Morrison’s novels have what we might call a “signature” story-structure framework:  her openings are stark scenes (incidents, events, or episodes) which have something to do with a central, highly charged emotional event (she has called this “a bold action” in one account) that has already happened and that will be revealed piecemeal throughout the story.  And her endings, while they do reach a place of stability, a resting of the action, will not give complete closure to the story.

The work as a whole goes beyond the storyline

However,  the story of the novel is still not the entire work.  For example, take Beloved: the story ends with Paul D and Sethe talking quietly together after the girl Beloved disappears.  But there is an “Epilogue” frames the novel’s ending, just as there is an “Epigraph” that frames the opening.  So to consider the work or the novel Beloved is to consider  primarily its emotional story structure but in tandem  with other elements of style which have an enormous impact on our reading experience, elements such as who is telling (narrator), the tone, the arrangement of parts, and the opening and closing frameworks.  Let’s end with some reflection and conversation that reminds us of the important elements that fall outside the story structure proper but have significant impact on what we “take away” from the novel Beloved as a whole . . .

“It was not a story to pass on” 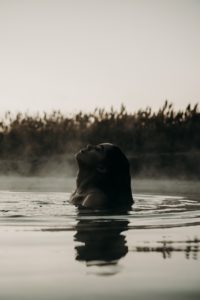 Photo by Craventure Media on Unsplash

With poetic language and key images, Beloved’s epilogue shifts to a more intimate exchange between the narrator and her readers.  There is the mourning of the girl Beloved’s disappearance, the reflection that down by the stream, footprints “come and go, come and go” and that anyone can place feet in them and they will fit, only to disappear once the feet abandon them.   There is the loneliness that “cannot be rocked” and will instead “roam”—a remainder that cannot be resolved and will not dissipate entirely, ever.  So what does the repetition of one assertion at the end of this epilogue mean:  “it was not a story to pass on”?

“Pass on” can suggest “don’t pass it on to anyone else.  Forget it.”  But “pass on” also suggests death.  It was not a story to die, “it was not a story to pass up on.”  What do you think? Or can it be both ways?  What else does the epilogue bring to the surface, so to speak, for you?

Links to two other blogs in this series (on the emotions) that can be good follow-ups to this one:  “My Virginia Joe Trace”: Emotional Encoding  and  The Roots of Toni Morrison’s Durative Blues.

And do sign up for the Newsletter at the bottom of any page if you haven’t done so yet!