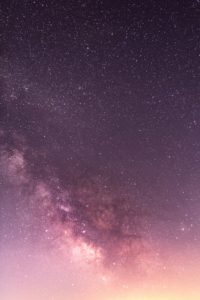 A mineral scent was in the air; sweeping down from some Genesis time when volcanoes stirred and lava cooled quickly under relentless wind.Wind that scoured cold stone, then sculpted it and, finally, crumbled it to the bits rock hounds loved.The same wind that once lifted streams of Cheyenne/Arapaho hair also parted clumps of it from the shoulders of bison, telling each when the other was near.  —Paradise

Paradise, like Tar Baby before it, evokes “ancient properties” (Tar Baby).  As Patricia Best is looking through her living-room window while cutting bell-shapes out of construction paper to hang on the school Christmas tree, we readers are given an imaginative opening into a more ancient land: that human and non-human time-place before the imperialist waves of American Indian removals and westward land-runs overran it.  Or seemed to.

In Morrison’s works, perspectives on “sacred properties” are at times made available to whomever might be open to them–the angry voices outside 124 Bluestone Road, for instance.  But it is with the Epilogues to Beloved and Paradise that readers can perceive Morrison’s fullest imagining of a sacred reality.  In this blog, we will explore:

In what ways can the otherworldly Epilogues of Beloved and Paradise function as endings or perspectives for their respective stories?

How can the Epilogues together suggest some broader perspectives on  Morrison’s trilogy?

Morrison’s novels are known for refusing to tie up any loose ends; no closure is provided, but “knowledge” is. There are “remainders,” like fabric scraps left out of a design still in progress, for characters and readers alike to ponder.   Epilogues to Beloved and Paradise offer us special chronotopes–otherworldly timespaces–that take the emotional story structures to a more supernatural and contemplative level.

Carrying over some of the quiet tonality of Sethe’s bedside scene, the last two pages of the novel nevertheless are set in an unfamiliar spatial and temporal zone. There are minimal details of place: by the stream, footprints that come and go and change to fit whosever feet steps in them, and “ a latch latched, its lichen attached its petal-green bloom to the metal.”  There is no house, no embodied character. To me, it is a place both safe and scary.

The narration of the footprints is key to our understanding.  What do we make of prints that are so “familiar” and fitting for whoever places feet in them but then “disappear” once they are abandoned?  And which also, once they are forgotten, reappear?  The “come and go, come and go” in a rhythmic repetition. The footprints describe something palpable, though absent, in an almost otherworldly time-sense, as if many have been through those same steps.

Similarly, the narrative voice reveals that,while rusted locks may not open, they are scratched at by “her fingernails.”  Photographs may not be looked at too long, but “something” familiar moves in them.  There is a remainder, to remind: Beloved is gone, but not in a permanent sense.

When we read the words, “the rest is weather.  Not the breath of the disremembered and unaccounted for, but wind in the eaves . . . certainly no clamour for a kiss,” we hear the voice of someone who is not looking, but nevertheless is looking, for Beloved.  “Just weather” is worthy of a voice trying to convince itself, but being unsuccessful. And the last word, “Beloved,” separated from the rest of the text by white space, has to be read both as a conclusion of the discourse on lamentation–what those who lament her might whisper to themselves–and as a speech act which clearly takes on the tone of involvement, an under-the-breath calling for the beloved.  The aural emphasis invites the reader into enunciating that word as well, creating an inside-intimacy but foregoing any clear resolution.

The epilogue brings a complex ethical situation to the surface of the actual reader’s world:  there are reasons for remembering Beloved, and reasons for forgetting her, and both are important for the flourishing of human beings.  And in ushering Beloved out of historical time, Morrison foreshadows that elusive, coal-black woman roaming in the woods in the next novel (Jazz) who will (again) occupy both center and margin of a new story.

Paradise’s epilogue–its last page–provides for the effort—not the accomplishment—of achieving a utopia.  It does not offer a clear way out of the constant work of balancing the desires to both remember and forget and to be both safely confined and dangerously free, and it does not completely resolve issues of retribution or forgiveness.  Instead, what the final geography of Paradise’s “going home”-page offers is a timeless solace while the work continues.

This chronotope of a seashore presents a transcendant realm where one woman resembling Mother Superior but “black as firewood” cradles another resembling Consolata with “tea colored hair” on a beach. Towards them, from the ocean, comes ship after ship full of “disconsolate” passengers (318). The two women close to the sea waves and ships are taking a respite, however, in a joined consciousness, with “memories neither one has ever had . . . the unambivalent bliss of going home to be at home–the ease of coming back to love begun” (318).  However, it is only temporary; more people are arriving on the shore and will require their labor, “again, down here in Paradise” (318).  The image of a ship coming to shore recalls the failure of the “Back to Africa” movement⁠1 as well as the losses of those who worked to establish the Oklahoma towns. 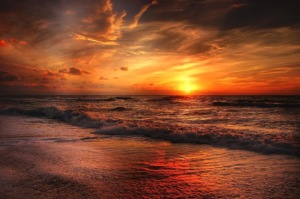 Chronotopic details on this last page of Paradise are also highly allusive of multiple time spaces.   The two women on the beach at the end of Paradise also comprise Morrison’s syncretic image of Mary and Eve, spirit and body.  Consolata spoke of the Mary/Eve connection to the other Convent women after she had been Called: “Hear me, listen. Never break them in two.  Never put one over the other.  Eve is Mary’s Mother.  Mary is the daughter of Eve” (263).   Significantly, Morrison locates her two figures in a liminal paradise-place, one which incorporates the divine into earthly time.

Paradise’s epilogue also functions as an end to the trilogy:  a vantage point that opens, rather than closes, the possibilities for readerly re-positioning.  The “black as firewood” woman suggests a composite of characters from the three-novel project:  the nineteen-year-old girl who emerged from the water in Beloved, the naked Wild of the woods in Jazz, and “The Thunder: Perfect Mind” figure, who, according to the poem’s translator, in significant ways resembles the black goddess figure, Isis.

Furthermore, in recalling some of the connections between various chronotopes  within and across the three novels; in re-interpreting and re-imagining them within Morrison’s historical and geographical frameworks spanning from the Middle Passage to the late twentieth century and from Africa to the United States; the reader enters into the novel’s last page as entering that  “vast storehouse of time” in an African sense (Mbiti 23). 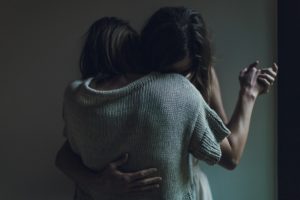 What do you think about the two women on the last page of Paradise? And can you offer your imaginings on how they might signify a connection between all three novels of the trilogy–Beloved, Jazz, and Paradise?

This concludes the long and rangy geography cluster.

Are you ready to proceed to another one?  I suggest the one that, to me, is the heart of my Voice Upon Voice project:  Music and Intermediality.  Why, you say, do I see this as the project’s heart?  You’ll find out in the introductory blog of the music cluster:  Black Vernacular Musicality in Beloved, Jazz, and Paradise!

1 Paradise alludes to Oklahomans who followed Alfred Charles Sam in his efforts to organize the return of African Americans to Africa.  Many who paid money for the trip never made it, and some who sailed on the Liberia in 1915 to the Gold Coast came back destitute; see Franklin 172-73.  Bittle and Geis state that “it was from Oklahoma populations that Alfred Sam drew the greatest number of recruits for his return to Africa” 118.