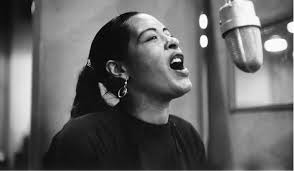 “Sth, I know that woman.  She used to live with a flock of birds on Lenox Avenue.  Know her husband too.  He fell for an eighteen-year-old girl with one of those deep down, spooky loves that made him so sad and happy at the same time he shot her just to keep the feeling going.”  —Jazz

Toni Morrison loves language, selecting words and creating phrases in English and in African American Vernacular English (AAVE) for her readers to hear.  One foundation for her attentiveness to the aural qualities of print language is the black oral tradition, emphasizing the efficaciousness of the spoken word over the written.  Another is her love of the “told” story, so much so that she undertook the enormous effort to record the audio versions of her books herself!

In this blogpiece, we will explore the following: what are some of the features of Morrison’s aural-compositional techniques, and how might readers be affected by them? You’ll also have the opportunity to share your personal response to these questions in relation to a specific example:  the opening lines of Jazz! (above)

In several interviews, essays, and conversations during Toni Morrison Society Conferences (Morrison attended them faithfully from the mid-1990’s through 2016, walking in on panel presentations on her work and sitting down to listen: you can probably imagine the adrenalin pumping in those rooms!), Morrison has talked about her efforts to get English words to do what she wants them to do.  One colorful metaphor she has used multiple times is polishing and cleaning, as if she is taking on some  very tarnished silverware: 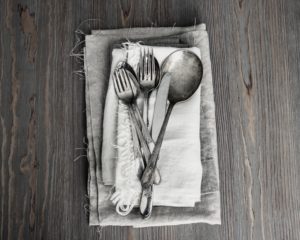 “I have to rewrite, discard, and remove the print quality of language to put back the oral quality, where intonation, volume, gesture are all there.”   –interview with Claudia Tate(166).

How does one “gesture” with words on a page? We can find some of the answer in a brief description coming from performance theory.  In Verbal Art as Performance, Richard Bauer identifies functions:  “framing” and/or “keying.”  One way to key a vocal quality is by using culturally recognizable signals, such as “once upon a time” for certain audiences.  Also repetition and parallelism (of, by and for the people) can emphasize sound quality.  And any way language can suggest tonality–a pause;  a word-sound such as “meh” or “sth”;  some alliteration as in “a latch latched”; or through a highly peculiar viewpoint, as when the narrator in Paradise notes that “the neighbors seems pleased when the babies smothered.”  And there is another way to polish out the tarnish accrued to English words and syntax. 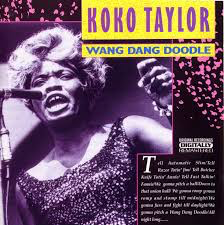 Morrison infuses her literary prose with key characteristics of black speech and not only in dialogues between characters. She does this because it is an art form.  “The way black people talk is not so much the use of non-standard grammar as it is the manipulation of metaphor,” she notes.  And so Koko Taylor’s famous rendition of the tune “Gonna pitch a wang dang doodle all night long” provides a great example of this:

Geneva Smitherman, in her Talkin’ and Testifyin’: The Language of Black America, describes this lyric as “tonal semantics” of black speech (322). Claudia Mithell-Kernan also notes “the fusion of tonal and semantic characteristics” that prevail in African American language and music in her work, Mother Wit from the Laughing Barrel: the Interpretation of African American Folklore. She emphasizes rhythm in black speech as well.

Another characteristic has been famously identified by Henry Louis Gates, Jr. of Finding Your Roots fame.  Professor Gates has written literary criticism arguing for the sophistication of  one particular black speech characteristic: “signifyin(g),” a clever signing of a word’s connotations that the listeners will “hear” as a double-entendre.  See the definition of Signifyin(g) here or his book: The Signifyin(g) Monkey.

“It is important that there is sound in my books— that you can hear it, that I can hear it. So I am inclined not to use adverbs, not because I am trying to write a play, but because I want to try to give the dialogue a certain sound. . . . . What you hear is what you remember. That oral quality is deliberate. The way black people talk is not so much the use of non-standard grammar as it is the manipulation of metaphor.The fact is that stories look as though they come from people who are not even authors. No author tells these stories.They are just told—meanderingly—as though they are going in several directions at the same time.”

An Audio Illustration of Morrison’s Inflections

For the next 5-10 minutes,I invite you to listen to Toni Morrison’s audiobook recording of the opening of Beloved. The clip is 10 minutes long, but listening for even 3-4 minutes will give us a vivid sense of how words are so rich and playful for her! And then scroll down to get to the Responses Invitation.

Here again are the opening lines of Jazz:

“Sth, I know that woman.She used to live with a flock of birds on Lenox Avenue.Know her husband too.He fell for an eighteen-year-old girl with one of those deep down, spooky loves that made him so sad and happy at the same time he shot her just to keep the feeling going.”  —Jazz

What do you hear in reading this passage.  Don’t try to imagine Toni reading it; imagine yourself reading it aloud.  What are some key phrases and/or sounds to your ear?  What can you suggest about the tones of the passage?

OK, I think we are ready for a new twist on black musicality, and that is its intersection across artistic media.  Go for it: Does Toni Morrison Write “Mixed-media” Novels?